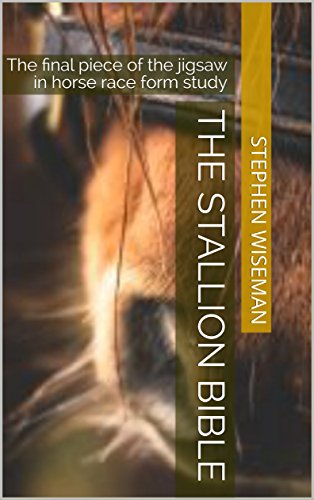 Having spent 35 years of interest and involvement in British horse racing such as delving into form watching how different horses acted to different courses and goings alike, using Trainer and Jockey statistics, speed ratings etc… I always felt like I couldn’t paint a whole picture of how a race may pan out. You would often hear a commentator say this newcomer will love the ground today being “bred out of Dubawi” for example but I could never back this up with any data, there was nothing in the racing publications other than who the horse was bred by no actual figures and for me and I’m sure I’m not alone in this I wanted to know which courses, what going and distance combinations these horses would love and hate as well as being effective and non-effective on, Cold hard evidence that said yes this will love today’s conditions or stay well clear it loathes this. I always thought if I had this information it would transform the way I would look at a race again! So take this scenario “You’ve seen a horse that has great form has won in this class, distance was fine but had only run on good or softer ground and today was good to firm how do you know how it will fare? Chances are that based on the other factors alone this is a worthy fav and the odds are shortening all the time and it’s won on good ground its likely to win….But then your presented with the figures from all the sire’s progeny that had tried these exact same conditions in the previous year which reads 19 runs, 0 wins, 1 place, (Actual example & figs) How would you react now? Of course having this knowledge would drastically change your opinion of its favorite status and would be an invaluable resource to have. So that was it I needed this information it was too important a factor not to have so this is where the idea of The Stallion Bible was born. So what exactly is it? Well The Stallion Bible is a collection of data of each stallion’s progeny to show their performance under various conditions for British racing. For the purposes of this publication the focus is on UK racing (Not Ireland) during the flat turf season of 2017 to give us an up to date reference guide of how likely a horse running under the same conditions would fare during the 2018 flat campaign.In order to have the information easily referenced and accessible the data has been broken down into different groups with the first two groups being:
1) Individual Tracks / Courses of which there are 30 including both the July & Rowley courses at Newmarket broken down by distance and going (9,230 entries)
2) All Distances & Goings combinations from the 30 courses combined from 5f – 2m 5.5f (4,890 entries)
So for the above we have every horse that won or placed in 2017 shown within that stallion’s performance
The third groups are based on Race Class so we have all the runners that won or placed shown by class 1 – 6 as well as the Group performers Groups 1 to 3 and all Listed runners.
The next group is based on Male or Female or should I say Colt, Gelding, Filly etc..
Then we have a full list of all runners for each sire including 1 sire that has a perfect 4 runners, 4 wins, 4 places record and at the other end of the spectrum 3 sires that have a combined record of 154 runs, 0 wins, 19 places.
And the final 3 groups are the best and worst performing sires in terms of Most Profit to SP (Starting Price) Most Profit to BFSP (Betfair Starting Price) & Lay BFSP There were 97 profitable sires to SP with one little known sire making a profit of £78.50 to a £1 stake or how about the top 2 sires to BFSP making a combined £1,226.26 to a £2 stake or how about laying, there was 404 sires that would have been profitable laying all their runners and 223 sires that never managed 1 win between them! (638 entries)
All in all this is a goldmine of information that can seriously help with your choosing or final analysis of a horse race with a detailed comparison of performance against key factors.